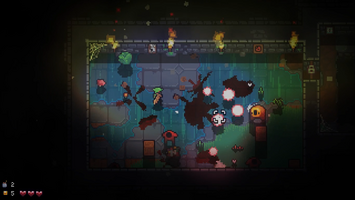 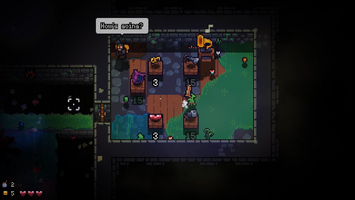 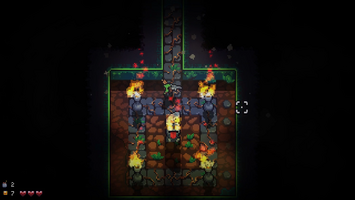 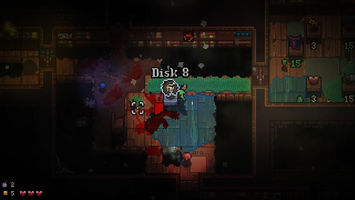 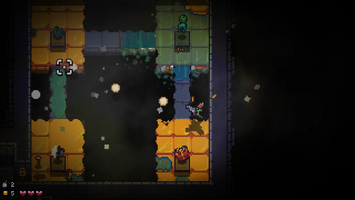 Guess what? The first update from the roadmap is already here! If you want to test it our yourself, hop onto our discord for a build!

* Removed exploding guns
* Some mobs will spawn only on the harder version of the level
* Ui sliders are now much easier to use with gamepad
* Now you interact with X
* You can't interact with locks, if you don't have a key
* You can't interact with stands, if you don't have any item and the stand is empty
* Shop items will now become free right after you enrage the shopkeeper
* Fog was nerfed
* Each area is now 2 levels long
* Reworked Burning Knight part
* Entrance room will never contain traps
* Chasms won't appear on the first floor
* Chasms reworked
* Player invincibility time was increased
* Updated castle tileset
* Movement keys are now remappable
* Hub area was disabled for now

This is the first update, since the public discord alpha, and it's a bit boring, but it improves the game a lot! In the next update, that will be released right on Halloween, the game will get some spooky stuff, as well as some cookies!

If you want to test it our yourself, hop onto our discord for a build (it's free)!

Green dumbo stumbles upon a spooky dungeon and descends into it, griefing and stealing everything, that he sees...